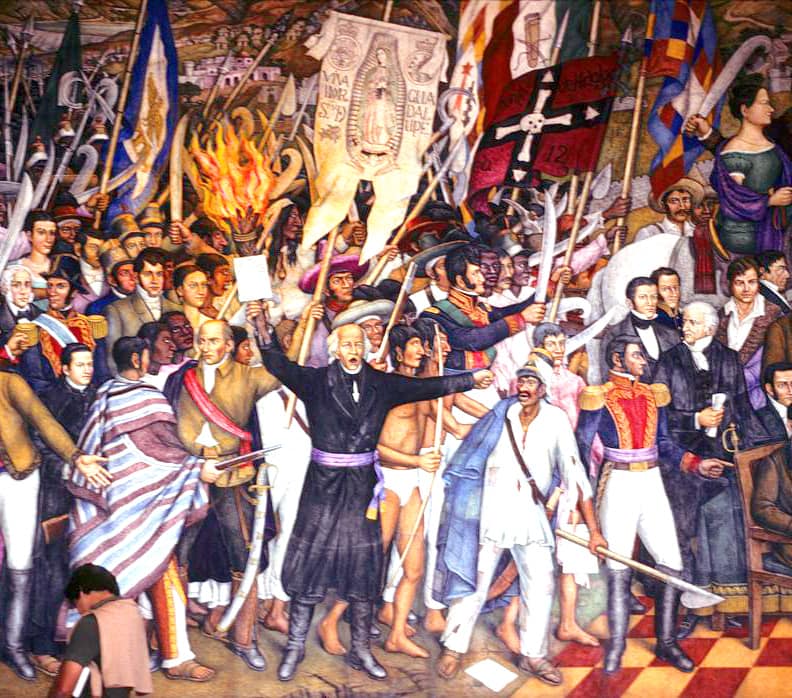 The label for Pelotón de la Muerte is the flag “The Doliente Hidalgo”, is the banner that represented the insurgent army call “The squadron of death”, that sought revenge for the murder ot the priest Miguel Hidalgo y Costilla, the leader of the revolutionary war. The red in the flag represents the blood of the leader, the black cross represents the mourning for the priest Dolores, the bones honor his remains.

Miguel Hidalgo was executed by a firing squad in 1811, decapitated and taken to the Alhondiga de las Granaditas, in Guanajuato, where his head hung on exhibition. Not until 1821, when the heroic Trigarante Army was able to declare independence, was the head retired from this place and reunited with his remains, giving him a proper funeral. The flag was plastered on the mural that was painted by a native from Coyoacan, Juan O’Gorman in the Castle of Chapultepec, which he called “Retablo de la Independencia”